I may be coming down with witchy powers. Or a brain tumor. 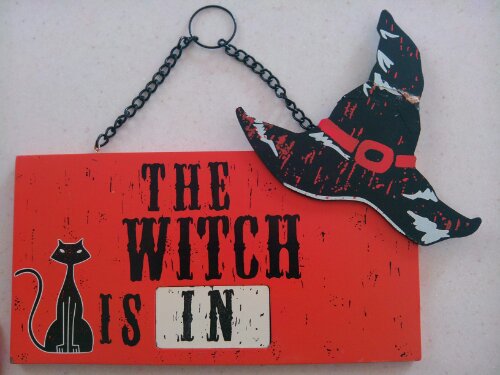 All advice is free but probably not very good.

I come from a family of witches. As is typical, the line runs matriarchally. I think if you’re not part Native American, like we all like to pretend we are because some cousin in the 1600’s ran away and lived with some Indian tribe and somehow that got into our blood, you’re part of a group who holds hereditary powers. 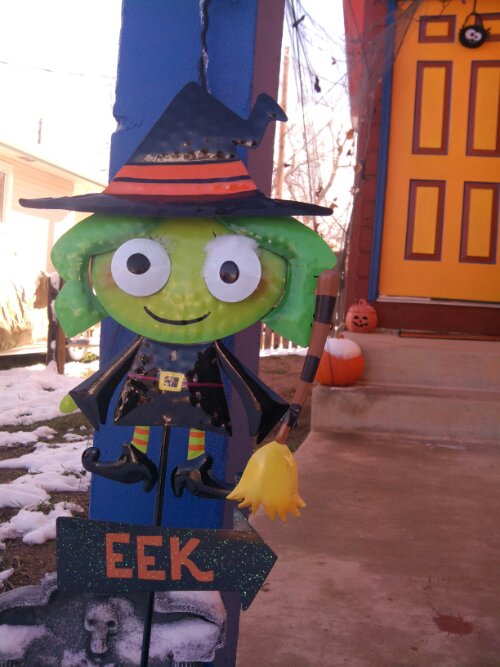 This is the kind of witch I’d like to be. The kind with snow stuck in my eyeball.

The thing is, I’ve never really felt much like a witch – not the actual witchy kind, I mean. Yes, I love Halloween the most out of any holiday and I like the idea of spells and earth magic and moon power. I like spiders and I have cats and I enjoy cooking things in cauldrons, though I call mine a Crock-Pot, but I’ve never felt like I have special abilities that don’t show up in most people. It’s made me a little jealous over the years. My mom and sisters and my brother, hell even my pragmatic grandfather, they’ve all come into contact with ghosts. I tried and tried until I was in my early 20’s to see or feel or meet a ghost and I didn’t get so much as a shiver.
My whole maternal line plus my sisters are precogs.  I’m not. They sense things. I don’t. My mom and (I think) my youngest sister do blessing and cursing. I only curse with swear words and blessings are right out of the question mostly because I’m not a nice person. 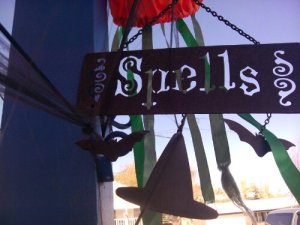 Double, double, toil and trouble and sunny days and tangled green ribbons…dammit, that mess is going to take a long time to unravel.

But my mother just told me on a phone call the other night that I’m coming into my powers now that I’m elderly. She reminded me that I’ve always been able to find “good energy” which I don’t quite understand, but she says we all have different powers and that’s been mine. She knows I’m getting my charms because I called her based on one weird thing – I was puttering around the house on a Monday, getting ready for work, and I smelled my mom, as in it smelled like she was in the room. I called the next night to make sure she was ok. While we were talking, I realized it hadn’t been the first time this smelling trick had manifested. It had also happened the weekend prior to this call. I’d been outside in the shed and I’d smelled my mom so I walked into the yard, thinking maybe she was there. Gabe came to the back door and said, “Hey! Your mom’s here,” and there she was, in my house. That might indicate she needs to bathe more often, if I can smell her from that far away. It also might indicate that I’m going crazy. But I can’t rule out the possibility that I am inheriting the special little things the rest of the women in my family have always had. It’s like I have Extra SCENTSory Perception!
There are other family members who would argue with this whole idea – Gabe being one; he says he would know in his gut if I had powers of some sort which is kinda funny if you think about it – but according to my mom (and my sisters) (and my grandmother before she got ill and felt she was being plagued by the devil), we’re a family of witches. I might be one, too.

Is there a handbook for this stuff out there? I don’t have one in my library. I suppose I could go check Llewellyn’s site OR I could check WebMD and find out that I have a brain tumor and only weeks left to live.
Maybe I’ll be lucky and it will kill me on Halloween! That’s kind of a witchy hope to have, isn’t it?

At any rate, I wish you all Happy Halloween, All Soul’s Day, and Dia de los Muertos! 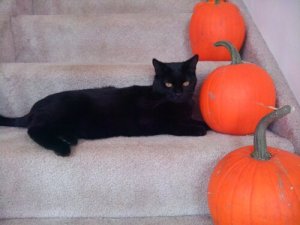 Mr. TokiO wishes you a festive holiday.
P.S. He wants you to know pumpkin brains are NOT delicious. Also, they stick to your fur and it is gross. 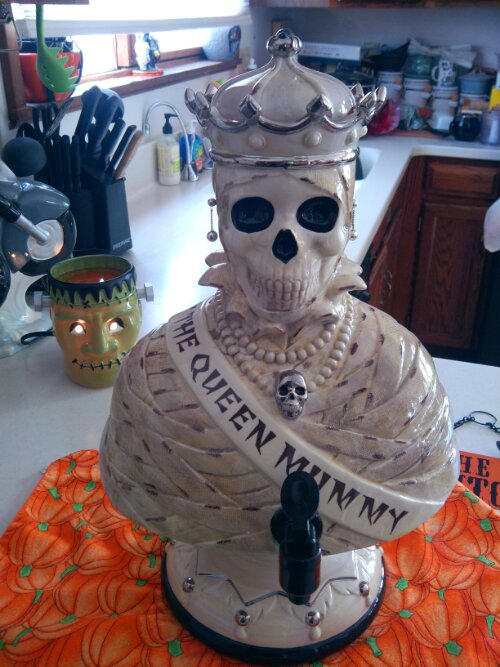 It’s LIKE Day of the Dead. Mostly, I just wanted to show off my cool decorations.

Filed under Adventures, In my backyard, My Dearly Beloveds

22 responses to “I may be coming down with witchy powers. Or a brain tumor.”